The 2016-2017 NHL was full of many big headlines including both Alex Ovechkin and Sidney Crosby getting their 1000th career point, the Nashville Predators magically reaching the Stanley Cup Finals for the first time in franchise history, and the Pittsburgh Penguins repeating as Stanley Cup Champions. The bulk of the off-season is behind us and now it’s time to take a look at some of the most impactful moves ever since the regular season ended.

Expansion Draft: The newest team in the NHL has to get their players from somewhere right? Each NHL team could protect either seven forwards, three defensemen and one goalie or eight skaters (combination defensemen and forwards) and one goalie. The Knights can pick from any player that isn’t protected by the team, they also can’t pick any players in their first or second season and players with no movement clauses in their contracts (rules via nhl.com). The Knights selected some premier talent to build around. Players include James Neal, Marc Methot, and Stanley Cup Champion Marc-Andre Fleury.

NHL Draft: Every year NHL hopefuls wait for their names to be called, so they can have

their shot at being an NHL star. As always the draft featured some premier talent in Nico Hischier and Nolan Patrick. Many debated on whether Hischier or Patrick would go number one overall, with Hischier eventually going first to the New Jersey Devils then Patrick went second to the Philadelphia Flyers. Both teams should get an immediate impact from these future stars and they look to improve after disappointing seasons.

Trades: One of the highlights of the NHL off-season is the many trades that happen, both for proven stars and future draft picks. Many fans were caught by surprise with some of the blockbuster trades that happened out of nowhere. On June 17th the Calgary Flames acquired all-star goalie Mike Smith and sent defenseman Brandon Hickey, goalie Chad Johnson and a conditional third round draft pick to the Arizona Coyotes. The Coyotes executed two more trades on the 23rd. They received defenseman Niklas Hjalmarsson from the Chicago Blackhawks in exchange for prospects Laurent Dauphin (forward) and Connor Murphy (defenseman). They also got center Derek Stepan and Goalie Antti Raanta from the New York Rangers and in return the Rangers got prospect defenseman Anthony DeAngelo and the 7th overall pick in the 2017 NHL draft. The Coyotes are definitely trying to change their luck after many dismal seasons. On the same the Blackhawks made another trade. This time they sent star forward Artemi Panarin and prospects to the Columbus Blue Jackets and got Brandon Saad, for a second stint with the team, and prospects in return (trades via sbnation.com).

Free Agent Signings: The most exciting part of the off-season is watching the free agents sign new contracts. As always there was a lot of excitement surrounding the free agent market. After a great playoff performance, forward Viktor Arvidsson signed a 7 year, 29.5 million dollar deal to stay with the Nashville Predators. All Star forward Mikael Granlund resigned with the Minnesota Wild for 3 years and $17.25 million after a huge year which led to a playoff spot for the Wild. Up and coming young star Evgeny 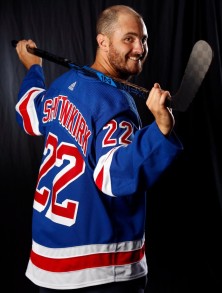 Kuznetsov resigned with the Washington Capitals for a whopping 8 years and $62.4 million which pales in comparison to Connor McDavid’s deal. The 2017 MVP McDavid signed an 8 year $100 million extension to stay with the Edmonton Oilers.  This deal solidified the star’s future in Edmonton in hopes that he will lead them to a Stanley Cup. Two of the most coveted free agents on the market signed with different teams. Forward Alexander Radulov left the Montreal Canadiens for a 5 year $31.25 million deal with the Dallas Stars. The highest rated free agent, defenseman Kevin Shattenkirk left the Washington Capitals to sign a 4 year $26.6 million deal with the division rival New York Rangers (contract info via espn.com).

All in all the 2017 NHL off-season was very exciting. Much of this is due to the expansion team because it is the first time in a while that a major league sport has had a new team, however the usual buzz from trades and free agents played a large role. The different moves and players in new uniforms adds to the anticipation of next season. All of the fans are anxious to see their teams succeed with the different rosters.

View all posts by Cooper